“News, tips and, hopefully, some good ideas for people taking care of websites and online marketing in colleges and universities.”

That’s the big idea (?) behind this blog.

Collegewebeditor.com is an independent, popular, and influential blog about the Web, marketing, and PR in higher education. Launched in February 2005, this niche blog now attracts more than 10,000 unique visitors per month, more than 2,000 readers by RSS feed and close to 2,500 email subscribers, a very targeted audience composed of higher ed professionals and executives. 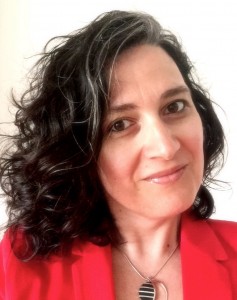 Karine Joly is a Web marketing professional, an expert in social media marketing and the Web editor behind www.collegewebeditor.com.

In 2007, she founded Higher Ed Experts , a professional online school for executives and professionals working in universities and colleges around the world. At Higher Ed Experts, Karine oversees the development of the curriculum. She teaches an 8-week online course on Social Media Marketing for Higher Ed. She also designed and taught the capstone graduate online course for the MBA in Social Media at Southern New Hampshire University: Social Media Marketing Campaigns.
Her professional career spans more than 20 years of experience in communications in the US, Canada and France including 10 years in Web content development, marketing and strategy in higher education.
Karine authors the Internet Technologies column of University Business and writes periodically for other publications (University Affairs, CASE Currents, etc.). Karine is a regularly invited speaker at leading web conferences (CASE, American Marketing Association, EduComm, eduWeb, CUPRAP, etc.).

Karine was previously Web editor for a liberal arts college on the east coast and worked in the past on selective consulting projects related to social media, Web strategy, print/electronic publication audits for a small number of universities, colleges and schools.

Before focusing on Web 2.0 in higher education, she experienced first hand Web 1.0 as a Web editor at About.com, a top 10 Web property that is now part of The New York Times Company. Prior to the dot com boom (… and bust), Karine worked as a journalist for several radio stations, newspapers, and magazines in Europe.

She has a masterâ€™s degree in communication from La Sorbonne in Paris (CELSA) and a Webmaster Certificate from Rutgers University, NJ.

Interviews, Quotes & Mentions in the news: