Trend Watching from The 2016 National Association of Broadcasters Convention 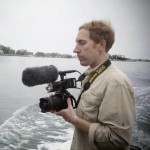 If you’ve read my previous post about 360-degree videos in higher education, you might remember the tour from the Werth Family UConn Basketball Champions Center.

This video was produced by Bret Eckhardt, Multimedia Manager at the University of Connecticut, I interviewed a few months ago for my UB column.

Bret recently attended the 2016 NAB Show in Las Vegas and was kind enough to play the role of CollegeWebEditor special correspondent to be your eyes and ears in Las Vegas. He came back with the guest post below about the top 5 virtual reality trends to watch for higher ed marketers. 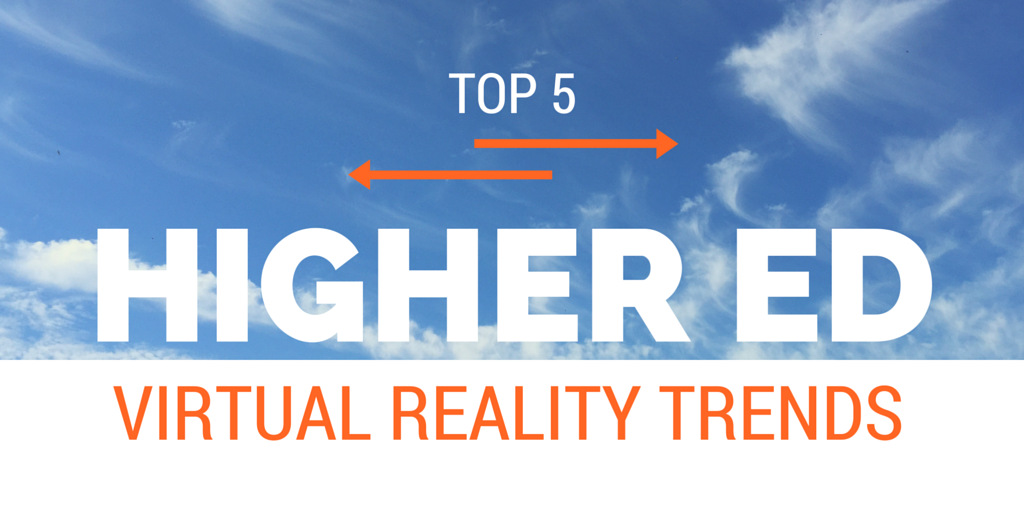 Virtual Reality dominated discussion at the recent convention of the National Association of Broadcasters (NAB) in Las Vegas. VR headsets, cameras and microphones were on full display at the worldâ€™s largest annual conference for professionals who create, manage, and distribute video across all platforms.

The consensus among the throngs of participants was that this emerging medium will have a major impact on way the people consume media. The ability of VR to transport people to the scene of everything from sporting events to war zones was demonstrated by examples shared by major media outlets.

This represents an exciting opportunity for Higher Ed storytelling and marketing, too, especially as the price of the technology decreases.

We are still a few years away from mass adoption of VR, but here are 5 of the top trends. 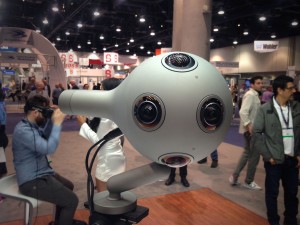 YouTube officially announced it will support 360-degree live-streaming. This will allow users to experience a live event in full 360-degree video on their computers, mobile devices or through headsets like Google Cardboard.

The potential applications of this technology in Higher Ed are great. University audiences will have the opportunity to â€œvirtuallyâ€ attend live lectures, concerts, and sporting events. Students in the classroom will experience news events as they unfold. Even family members can immerse themselves in a graduation ceremony if theyâ€™re unable to attend. 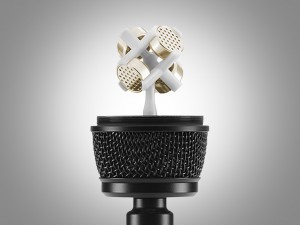 YouTube also launched a capability called â€œspatial audioâ€ within VR videos. Spatial audio is spherical sound that can be experienced in 360 degrees. For instance, in a virtual reality experience, if you hear a sound that comes from above you, you can look up and see what is causing the noise.

This capability is significant for VR creators because spatial audio will allow them to direct the viewersâ€™ attention. One of the challenges of storytelling in VR is that viewers can choose which direction to look at any given time. Therefore, the ability to lead a viewersâ€™ gaze using spatial audio is a powerful tool.

One of the most important aspects of the VR experience is achieving what many in the industry call â€œpresence.â€ This is the belief by a user that they are actually â€œthere.â€ Different aspects of a production can determine how effective the illusion is, but many creators are in agreement that the proximity of the camera to the action is vital to achieving a sense of presence.

For Higher Ed video producers, this will mean positioning the camera very close to faculty members giving a lecture, or the President delivering an address. If the camera is too far away, it can lead to a less immersive experience. 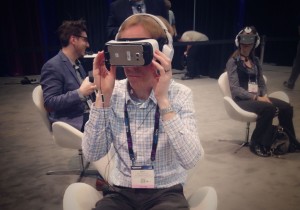 The immersive nature of virtual reality means it has an enormous potential to evoke empathy in the user. VR content creators for USA Today, Huffington Post and The Associated Press referred to cameras and headsets as â€œempathy machines.â€ For instance, a 360-degree camera placed in a war zone will allow viewers to experience a soldier or civilianâ€™s reality with a level of authenticity never seen before.

This potential for deep emotional experience can lead to positive action.

For Higher Ed marketers, the nature of this new medium represents a great opportunity for connecting audiences such as prospective students and their parents to the university.

5) Mass Adoption of VR is coming 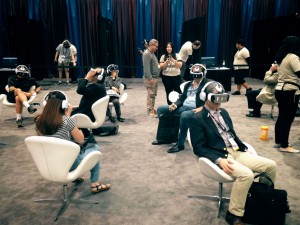 The language of virtual reality is still very much in development. Many of the storytelling techniques used in traditional video production, such as panning and tilting, donâ€™t necessarily apply in 360-degree space.

Even the language used to describe VR is unclear; do you watch it? Experience it? Do it? One thing seems to be certain, however: mass adoption of VR is coming.

According to experts at NAB, weâ€™re still two to three years out from widespread use of the technology, but with many phone and camera companies investing heavily in the space, Higher Ed marketing departments should begin exploring the attributes of this new medium.